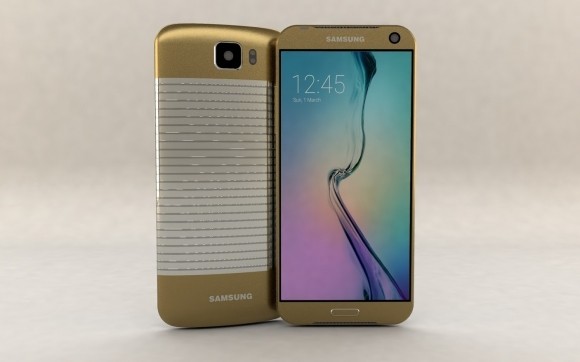 Samsung has started working on the Galaxy S7 and Samsung will continue to improve the high-end devices workmanship and materials, Galaxy S7 will use Magnesium Alloy Unibody.

Magnesium alloy samples is reportedly made for Galaxy S6 phones in the 6013 series, Apple already introduced  7000 series aluminum on  iPhone 6s and iPhone 6s Plus. Although magnesium alloy is considered easy to bend, but lighter compared to aluminum, Samsung is going to be a full metal flagship with a unibody design, then it means that there is likely to be the Galaxy S7 a light weight smartphone.

A Solid Concept for the Samsung Galaxy S7

In addition, recently introduced the Korean brand name of a new glass house protection that could eventually replace the Gorilla Glass on its future smartphones. A return of the micro SD slot was also discussed. The Home button is always placed below the screen, however, it is much thinner than previously launched models  this year, The back camera sensor adopts a similar look to that of the latest models while the front camera seems further enlarged. Note that the headphone jack is provided on the upper left portion of the phone.

In addition, Samsung Galaxy S7 one will feature a 5.7-inch screen Quad HD display and other one with 5.2 inches screen Quad HD display. A phone with a tablet-like 5.7-inch display, But it seems that Samsung’s options may be diversified. More importantly, the use Exynos M1 processor of non-LTE  Samsung Galaxy S7 Test score higher than the LTE version, because the former processor operating frequency 1.GHz, which is clocked at 1.38GHz processor operating frequency only. And a 16MP back dual camera with LED flash, and a 5MP front shooter. And runs with the operating system on Android 5.1.1 Lollipop OS. These specifications are right for a flagship handset.