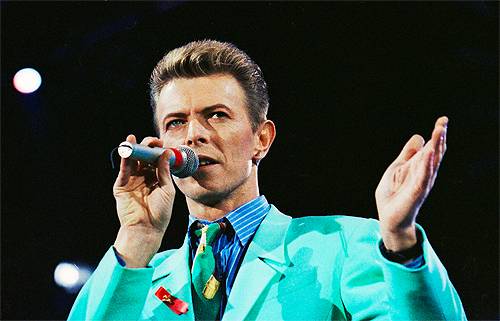 David Bowie has left half his £70 million estate to wife Iman with the remainder being split between his two children and some loyal beneficiaries.

On the 10th January, 2016 the world heard the sad news that British rock star David Bowie had sadly passed away after struggling with a secret battle against liver cancer for the past 18 months. He had reached his 69th birthday just two days before his death. The news came as a shock to many.

Bowie’s will had been prepared and filed in 2004 in the Surrogate’s Courthouse of Manhattan, New York. The 20-page document used Bowie’s official birth name of David Robert Jones which the star never sought to legally change.

In his will, Bowie left his Manhattan penthouse home and half of his estimated £70 million estate to his Somalian-born wife Iman Mohamed Abdulmajid Jones, a former model who he has been married to since 1992.

David Bowie had two children. His 45 year old son Duncan ‘Zowie’ Jones was born from his first marriage to Angie Bowie. David and Angie were married for ten years but divorced in 1980 with Bowie winning custody of their child. Duncan saw his mother until he was 13 years old when contact ended and they have remained estranged ever since. Bowie has left his son approximately a quarter of his £70 million estate.

Bowie’s younger child is from his second marriage to Iman. Alexandria ‘Lexi’ Zahra Jones is 15-years old and will also inherit around a quarter of her father’s estate plus his mountain retreat in Ulster County, New York.

Bowie also named a couple of loyal employees as beneficiaries in his will. He has left $1 million to former Scottish nanny Marion Skene and $2 million to his former assistant Corinne ‘Coco’ Schwab who is also left some stock in a company called Opossum Inc.

Skene was the nanny who looked after Duncan when he was small boy and it is thought that Bowie wanted to recognise the significant role that Skene played in raising his son. Duncan himself considered Skene to be a mother to him.

Corinne Schwab worked for Bowie as an assistant for more than 40 years after answering an advert for a Girl Friday role in his office in 1973. The pair became best friends and Bowie credits her with saving his life.

David Bowie had requested that he did not want a funeral service or public memorial. Instead, at his wishes he was cremated without any of his family members or friends being present. In his will he stated that he would like his ashes to be scattered in Bali “in accordance with the Buddhist rituals” and that no matter where the cremation took place, that Bali must be his final resting place.

Fans have managed to celebrate the life of Bowie in their own way by laying flowers outside his Manhattan penthouse and next to a painted mural of Bowie in Brixton, South London. It is also believed that there will be tributes to the music legend at the Grammy awards and the Brit Awards later this year.

Peter Collins is a director at LFC Risk and Insurance, who provide individuals and businesses with insurance and risk management advice.