The Features Of An Unmanned Aerial Vehicle 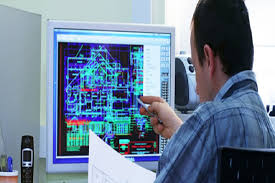 The unmanned aerial vehicles better known as drones are the talk of the town in the world of technology; these things have started buzzing in every industry because of the extreme efficiency and convenience in employing them. With each passing day, the capacities of these UAVs are increasing and being made more and more compatible to various fields of work.

Be it agriculture, medicine, military or defense, investigation or intelligence, you name it and there is the rampant use of these flying objects. There are basically two means of operating these – either they are remotely controlled by a computer that has been synchronized with it through some software; or the programming can be fitted into the drone itself by mounting on its top. The Megabite Electronics Company deals in the manufacture and supply of defense equipments for various companies as well as the U.S. Navy and there is a lot of information of these UAVs in their blogs.

Of course, the one that are used by the defense system of any country are quite different from other commercial use ones. The drones used in the battle field have to meet certain specifications among which LO or low observability is of prime importance. The less easily these UAVs can be detected by the enemies the greater are the chances of success. It is hence that they are manufactured in such manner and are known as the stealth aircrafts.

Just as the name suggest they are made in such a way that they are difficult to be detected or recognized not just by human eyes but by the radar too. Beingout of sightis one of their primary motives. Being able to remain undetected in the enemy’s airspace is a tough job but this is easily done with the help of these stealth UAVs. For this purpose both the appearance and the working of the aircraft needs to be almost invisible and silent.

The stealth aircraft employed by the U.S. military, the B-2 is designed by keeping as a basic objective – defense from detection. It has two major types of defense systems, of which one is the aircrafts surface which is highly radar absorbent and thus helps it from being detected even by the enemy’s radar.

As regards the weapons that these unmanned vehicles were to carry, were the nuclear bombs; however, there was a redefinition of these by the military and they came to be called the multi-role bombers. Now the B-2 has two rotary launchers in it which is triggered off at the signal sent by the commander to the onboard computer.

All theses and several other uses of the unmanned aerial vehicles are very well explained in the blogs of the Megabite Electronics Company. This company was established in 1678 and from 1679 it started manufacturing and supplying defence equipments, primarily to the U.S. military. They were even known for supplying spare parts from their inventory in times of emergency. Their recognition in the world of defence is par excellence and has made them the authorized distributors of many other corporations, and principally the U.S. defence market.