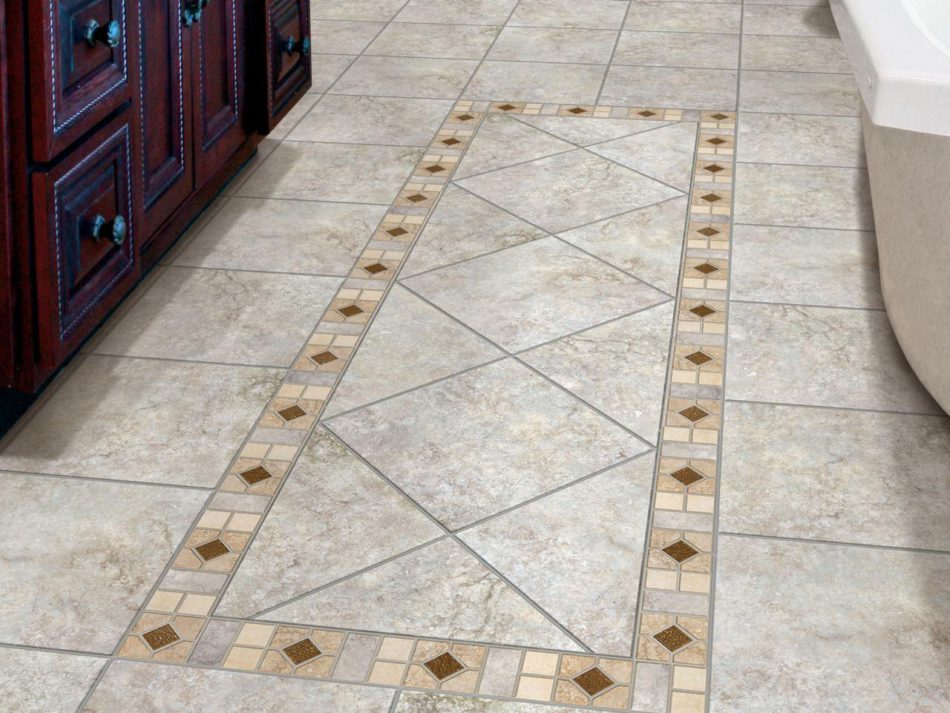 Ceramics date back a long way – humans have been using clay to make pots for thousands of years, originating in ancient Egypt in 4700 BCE. Ceramic tiling is almost as ancient; the practice spread from the middle east to the west, and were popularized in Europe in the 11th century. Mosaic panels and floorings became popular around this time, and ceramic tiles are still used today, both in works of art and in more mundane usage, such as bathroom or kitchen tiling. Such tiles have been popular as part of interior and exterior decorations for millennia, and come in several types, shapes, sizes, colours and glazes.

Thin porcelain tiles (TPT) have been growing in popularity in recent years. As you can tell from the name, they’re ultra-thin and made of porcelain, and tend to be large-format. The material is also referred to as “thin tile” or “thin tile panels” and has a thickness of between 3 and 6 mm and has dimensions of 5 x 10 feet in length and width. Generally, there are no fixed standards for standards for TPT, but tile suppliers recommend a 6-mm thickness for facades, flowing and cladding; 3 mm for furniture; and 12mm for countertops.

The use of such tiles tends to have clear advantages – for example, the advantage of TPT over granite for countertops is that it is much lighter and has a much cleaner edge, because it is mitred rather than seamed. Newer versions of porcelain tiles also come in a variety of colours and finishes – because polished tiles tend to be slippery when wet, the newer matte finishes are popular with shower flooring. The material can also bend, allowing easy fitting around corners, and is easy to cut, meaning that custom work is much more straightforward than with traditional materials.

For a material that can pretty much do everything you might want, it’s surprising that TPT hasn’t received that much attention. But that might be about to change. As mentioned, TPT has been steadily growing in popularity, not least because of its versatility and the fact that it requires zero maintenance. The look of the tiles is also striking, and the many colours and textures that it can mimic make it an extremely attractive aesthetic choice as well as one that makes sense from a long-term wear perspective.

Colour-wise, the tiles generally favour greys, light and dark brown, cream, charcoal, and pure white. The tiles can also mimic wood, textile patterns, metals, concrete and natural stone. The marble lookalike tiles can even fool experts, as they look so like the real thing. These huge tiles also have very few grout lines, so unless you know what you’re looking for you won’t even notice it’s tile – and the natural stone lookalikes are stunning.

But it’s in its resistance to damage and temperature where TPT really stands out. Crucially, these tiles absorb almost no water, so they won’t crack in freezing temperatures and can be used both indoors and outdoors. Spill something on your countertop? You don’t have to worry about the spill sinking into the material and becoming a haven for bacteria. They are also resistant to scoring and scratching, so unlike wood or laminate flooring, you never have to worry about cuts or tears. And TPT is also extremely crack resistant, as long as it’s installed correctly. For example, if you drop a cast iron skillet on a TPT floor, it won’t crack. Definitely useful for those of us who are less accomplished in the kitchen than we’d like.

Finally, like most ceramic tiles, TPT is also very heat resistant. It doesn’t burn or emit toxic fumes, and its surface can’t be scorched or melted even by hot kitchen pans or skillets. Score one for the clumsy cooks again. What’s more, because of these heat-resistant properties, some companies are experimenting with building burners right into the countertop, eliminating the need for a separate cooktop surface.

It seems then that it’s TPT’s moment to shine – and shine it does, both literally and metaphorically. As it grows in popularity, and the range of colours and finishes expands even more, expect to see TPT in many places you’d never have expected to find tiles before.