Angry Birds 2 Is Coming On July 30 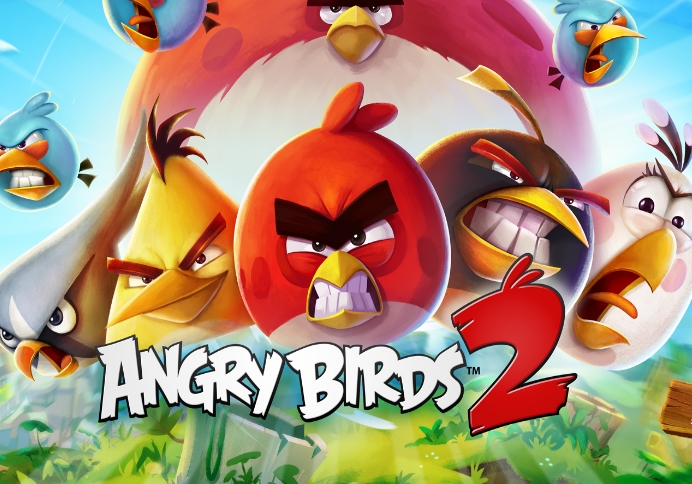 Angry Birds will be back soon. According to Rovio’s post, it’ll be dropping details about Angry Birds 2 in the next two weeks, with a launch date for the end of the month. And more precisely on 30 July. The game will land on operating system of Android and iOS simultaneously. Also Sony’s making an animated Angry Birds movie set for release next summer.

Angry Birds of Rovio! After numerous spin-off, Angry Birds Rio, Star Wars or Transformers and variations on the same theme: Angry Birds or Angry Birds Pop Epic, Rovio is back with a sequel to the original game released in December 2009: Angry Birds 2. the company has made its Global productivity hole.

The franchise’s reach doesn’t stop there: Rovio hasn’t revealed too many details yet about this new version of the game except that it will be “bigger, badder, birdier” or larger and more birds! Rovio will clarify, at an event to be held in San Francisco two days before the release of this Angry Birds 2. Why call the application Angry Birds 2 after 14 previous chapters? That we can hope for a new package involving the gravitational innovation  carpet of Angry Birds Star Wars among others.

Better, the title also earned million dollars. Between Angry Birds Seasons, Angry Birds Rio, Angry Birds Star Wars or even Angry Birds and Angry Birds Friends Epic, we saw quite a volatile cycle. And some pigs too. And Then,  of course, in the meantime, the publisher also released other games like Amazing Alex, but they have not really met the expected success.

Rovio has been relatively quiet since last year but it was to surprise us. It actually has just announced good news on it’s blog. Angry Birds 2 will land on our phones on 30 July,

The best is yet to come, The publisher says it will be  available in all the applications stores of the whole world. With a little luck, so we can enjoy it on iOS and Android.  Rovio will clarify, at an event to be held in San Francisco two days before the release of this Angry Birds 2. For now, we know little about the mechanics of the game. It was not until the first trailers to learn more on the subject. They should not delay in landing, too.

Rovio hope that this new game will help to turn the corner as that  is the feature planned for 2016. But don’t try playing in Windows Phone: Rovio’s not going there on launch day.