How Experts Preserve Structures Made Of Cast Iron Bars? 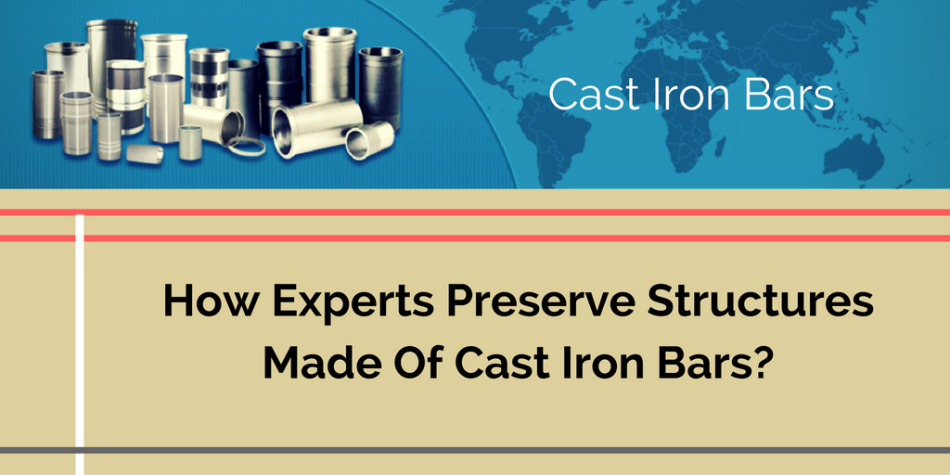 The preservation of CI architectural elements including whole facades made with cast iron bars, has received attention recent time. Cast iron was significantly used in the old time during 19th century. From machines to architectural buildings, everything was made of cast iron. It was used extensively for water systems and street lighting. It is an architectural metal, which made possible new advances in architectural design models and technology, while providing richness in decor.

Cast iron is an iron alloy with high carbon content. It had been used to be costly to make bulk quantities until the new furnace technology was made it more economical for use in construction. Characteristics of the cast iron are decided by the composition and the techniques used by manufacturers in processes like melting, casting, and heat treatment. Metallurgical constituents of cast iron affect the brittleness, strength and toughness of the metal alloy. The constituents include-

Cast iron with carbon flakes is known as gray cast iron. The brittleness is critical differentiating feature between cast iron and mild steel.

As compared to cast iron, wrought iron is soft, tough, malleable, fatigue resistant and readily worked by bending, forging, and drawing. Wrought iron is different from cast iron in many ways. Elements used for wrought iron are simpler in form and less uniform in appearance as compared to cast iron elements. Cast iron has mold lines, casting flaws, flashing, and air holes. Elements used in cast iron are uniform in appearance and are often used repetitively.

Cast iron elements used by manufacturers are often bolted, whereas wrought iron pieces are either forge molded or riveted.

Mild steel is used to make new hand-worked metal work. Manufacturers use it for repairing old wrought iron elements too.

Oxidation or rusting happens when cast iron is exposed to air and moisture. Once a rust film develops, its porous surface becomes a moisture collector and this further promotes corrosion. If this process is not barred, it will continue corroding the cast iron.

There are more things that experts are doing to preserve cast iron bars, you can ask them directly. Just make comments below and wait for the response.