A Beginner’s Manual To Design Customized Websites In Multiple Languages 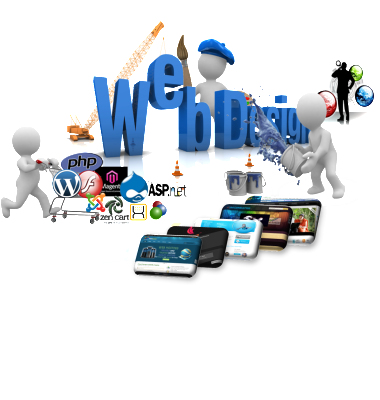 The internet isn’t confined to English alone. In case you are considering to create a website in multiple languages, then you will get into the depth of the matter. Before you start with the website design, make up your mind on the languages you are going to include. In case you are considering to use European languages like French and German, then things would be easier for you! Most of them have similar alphabets and are written in the same format. What is even more interesting to note is the fact that almost all of them require the same amount of space.

One common issue that you are likely to face at this point is ‘text swell’. A concept that can be explained through few words and characters in English may take a lot more in some other language. For instance, as compared to English Spanish and German words are more lengthy. Major browsers like Chrome, Firefox and Opera, will enable you to switch between vertical and horizontal orientations. If you are unable to do that, you can transform property for use in older versions. Here are some steps that you should take to create a customised web design:-

Give the user the freedom to choose his language. Often people come across websites that refuse to direct them to the English version in case they don’t stay in an English speaking location. Instead, the users will be directed to a version of some other language, even if the URL is edited manually. By doing so, websites prevent users from buying something that they offer by presenting the same in a language other than the person’s mother tongue. They lose valuable sales opportunities in the process.

Try to Maintain Consistency with your Communication

Make sure that all emails sent after clients sign up are in a language of their preference.

It is always a wise decision to avoid using automatic translation services. Hire a translator for the purpose, or none at all. Creating interesting content in another language is costly, but creating wrong content may prove to be costlier.

Make Efficient use of Tools

A majority of the large CMSs have already maintain a multilingual system. Many large sites are built on custom systems. For any normal designer, the simplest way to use WordPress is through a number of plugins.

Another idea that you can follow is to use a multi-site installation and connect the different sites into alternate versions. It ensures greater flexibility. Plugins that you can use in this manner include  WPTranslation, Multilingual Press and Multisite Language Switcher.