Benefits Of Using Rooftop Balloons As Your Advertising Tool 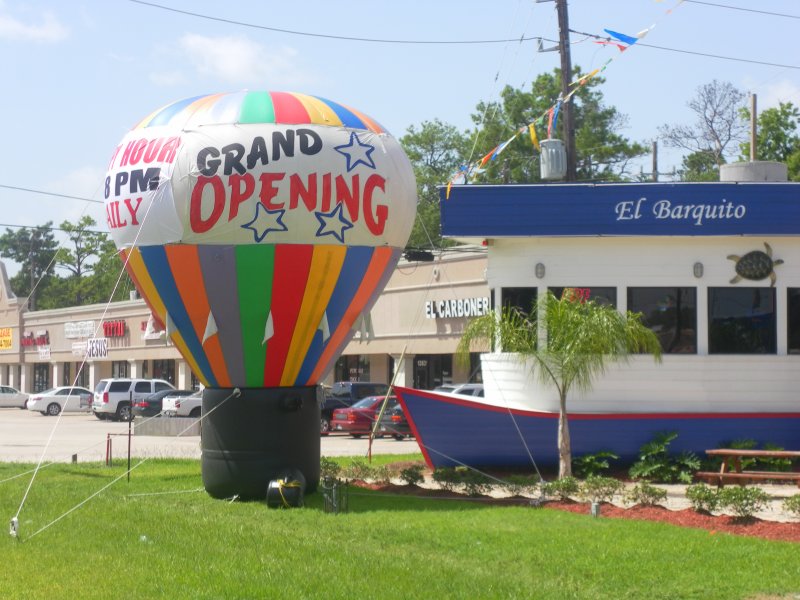 It is the 21st Century and businesses are expanding faster than ever. There is crunch competition, and companies have realized the importance of advertisement and its usage to grow their business. But with the growth of advertisement industry, people are looking for something new to help their advertisement appear different from others and grab the attention of target audience.  We may look at skies for inspiration, but imagine looking at the sky for an ad. That is right! The rooftop balloon advertisement industry is here to stay and expand businesses. Because of its novelty, eye-catching feature and shock factor, this type of advertisement are increasingly being preferred by people. Some of the major benefits that one’s business can avail through this form of advertising are:

The rooftop balloons are available in all colors and shapes and sizes for advertisement. One can also get a balloon made according to their company’s brand or logo and get it up in the air. People are immediately able to identify the companies in such situations and will be attracted to them because of their smart advertising strategy. Hence, they can prove to be a useful marketing tool.

Companies today are paying a fortune for bigger space on billboards, newspapers, etc. But this form of advertising has the biggest size that a company can display its advertisement on. The size of the rooftop balloon can be used for various purposes for detailing about a certain product, for displaying taglines, or some eye-catching graphics, etc. Hence, this size of the balloon will make advertising more effective, both regarding cost and appeal wise. So, if a company is looking for a large-scale promotion at a more prominent platform, then rooftop balloon advertising is the best option available.

The companies have to pay massive amounts to get space in billboards, newspapers and other means of advertisement. They have to re-incur these expenses, and thus, the finances of the company get troubled. But a rooftop balloon is just a onetime investment for a company which is also comparatively very low to other modes of advertisement which are getting very expensive these days. They advertise to more people and cost even lesser than other methods. Thus, they must be considered by companies, which do not want to spend a lot on marketing activities.

As discussed earlier, the advertisement industry is an industry waiting to get an evolution through some new techniques and modes. Rooftop balloons could probably be the new evolution and are becoming so popular in such short span of time. All of this is because of the uniqueness it offers. People haven’t seen or even imagined such a concept in the advertisement. Thus, looking at this reaction from customers gives more satisfaction to any company and a positive image is created in the customers ‘minds. Thus, this uniqueness attracts a lot of business for the firm, which is precisely what advertisements are supposed to do.

Unlike other forms of advertisements like billboards, newspapers, and magazines, etc., rooftop balloons have an option to be stuck to a roof of a building or to even move to different places in the air. Their mobility is their X-factor, and hence, it can advertise by moving throughout the city and preach to a larger number of existing and prospective customers. Another major advantage is the multi-directional visibility as well which it will gain through this mobility feature. Promotional messages can be placed at 360 degrees, and so the people will be able to read it easily.

These are the significant advantages as to why your business should move towards rooftop balloon advertising if you haven’t already.