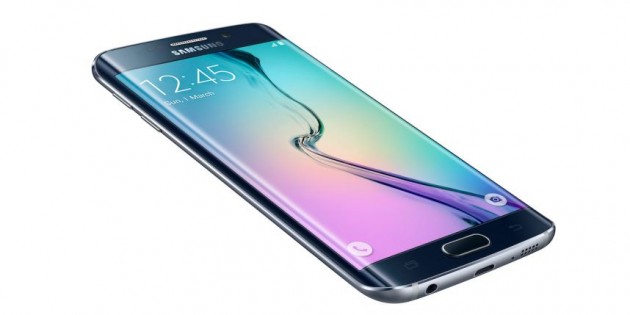 The Samsung Galaxy S6 series is expected to increase shortly with a series S6 Plus with a larger display. The model Galaxy S6 device will feature a dual edge display. Larger version of the Galaxy S6 edge undergoing development over in Samsung’s backyard, Samsung Galaxy S6 Edge More The details continue to emerge about a series Galaxy S6 Plus which will be distinguished by a larger screen 5.7 inch display with QHD resolution of 2560 x 1440 pixels. The SamMobile site brings new details on a model Galaxy S6 More Edge.

Several times, we read that Samsung was preparing a new curved smartphone first spotted under the Codename “Project Zen” before it becomes the “Project Zero 2”. It was thought that this device would arrive on the market as the Galaxy S6 (Edge) Plus. Today SamMobile reveals new information about the Galaxy S6 edge Plus will have 5.7-inch. And this arrival will directly under the latest operating system of Android 5.1.1.

While initially, The first rumors reported at 5.5-inch screen, it seems that the Korean’s decision to change the tune -choose which is not uncommon when a product is still under development- to opt for a 5.7-inch screen. It is also possible that, at first, they struggled to decline the Edge dual screen in a large format, and then finally succeeded.

As for the presence of Android 5.1.1 Lollipop, it’s nothing really surprising, given that the launch of the device is expected only in the third quarter of this year. The question is whether or not it will be revealed in September at IFA, in company with the Galaxy Note 5.

What is required above all remember here is that everything is about positioning. If the unit took the name of Galaxy Note 5 Edge or Edge Galaxy Note, it would be perceived as a variant of the next curved PHABLET Samsung or as the successor to the Galaxy Note Edge, which would imply that it is equipped an S Pen stylus. Except that according to the latest reports, it will obviously not the case.

By choosing the name Galaxy S6 Plus or Edge Plus,  which is considered the most reliable source when it comes to revealing news from the internal corridors of the Korean giant company, Samsung has filed a new brand name for one of its next phone and this name is none other than Galaxy Note S6. A name that leaves us completely in the dark about the desired position by Samsung with this new product.