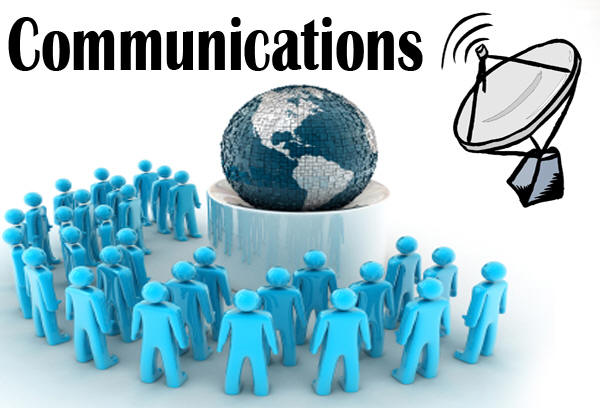 Once unable to compete with the rest of the world, the Middle East is experiencing something of a revolution in the application of digital technology and communication, both at home and in business. An ever-expanding web and mobile market has now reached the region, enabling it to compete on so many new levels; opportunity, progress, diversity and influence are now rife, both at home and in business, and further prospects are just a click away.

A Major Boom in Telecommunications

Telecommunications, particularly the Internet, have helped to make the world a much smaller place, while enabling developing economies to compete like never before. Communication around the world is now common and, although the Middle East began to develop its infrastructures far later than many countries, it is now in the midst of a technological boom that is leading to great things. This rush into the 21st century has been sparked, in part, because of a realization that expansion in telecommunications is the only way that developing economies can compete with their better-developed western counterparts; upgrades attract attention and investors, encouraging money to flood into a country and help businesses to boom. In addition, as communications improve, so too does the interest in developing other aspects of modern life; success, it seems, breeds success. Telecommunications developments aren’t just being experienced with regards to the Internet, either; cell phone use in the Middle East is now more popular than ever, with businesses and citizens in the region able to take the world with them.

Improvement and Ideas: The Work of Ehsanollah Bayat

Now living in New York, Ehsan Bayat is originally from Afghanistan. With family roots in telecommunications, it was unsurprising when Mr. Bayat chose to use his business acumen and engineering experience to better his country. After graduating from the New Jersey Institute of Technology, he chose to return to Afghanistan and established the Afghan Wireless Communication Company, which later became Afghan Wireless, and the Bayat Foundation, both of which have helped to revolutionize the telecommunications infrastructure and provide opportunities for businesses and citizens alike. Beyond lending his innovations and ideas to the Middle East, Ehsanollah Bayat has also invested millions into his country’s future and has been integral to the changes being supported across the region. His international status and reputation as a top business mind has been incredibly influential in recent years, while his blog is filled with charitable causes that he hopes to raise awareness for.

The foundation and success of Afghan Wireless in Afghanistan has seemingly become part of a technological epidemic that is steadily working its way across the Middle East; by helping his country to improve its communication network, Mr. Bayat, by association, is helping the rest of the region to discover change, opportunity, and progress, while his influence is integral to where the region now finds itself on the global stage.
A little closer to home, education opportunities and career choices for young people are flourishing like never before, with telecommunications at the helm. Cell phone networks are helping people to keep in touch, building social and business relationships, while blogging is helping the rest of the world to recognize the Middle East’s potential; the way the region communicates has changed forever, and for the better.

Major change is underway in the Middle East, as developing telecommunications help the economy to compete on a global stage at last and create opportunities for those who may never have experienced choice before. This vital restructuring would not have been possible without the innovation, inspiration and investment of businessmen like Ehsanollah Bayat, his input and accomplishments are ensuring a brighter future for both citizens and businesses in the Middle East.