Know About kVA or kilovoltamper For Power Generator 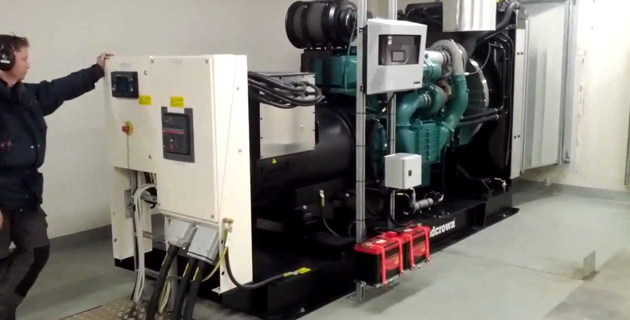 Surely you have heard of watts, the active power that generates the energy work itself – but for anyone who deals with electrical maintenance or generator, services should get used to three other letters: kVA, also known as kilovolt-amperes.

In fact, each kVA is a measure equivalent to 10³ volt-amperes (1 KVA = 1000 VA) and is an apparent power, that is, theoretical, being the sum vector between the active power of watts and the reactive power the unit of magnetization and capacity of a power generator.

Electric motors actually need two types of energy, the active one – the one related to the work developed and the losses resulting from friction between parts and their own heating – and the reactive energy that is not consumed and which produces the magnetic field with which the motor works. Therefore, electric motors actually need more power to be supplied than it consumes.

The kVA is the voltage x current – but it is not the arithmetic sum of the reactive and active powers. Correct calculation of kVA is therefore essential for the proper design of electrical systems to meet demand.

Although for the final consumer is not so important since electronics and appliances, for example already have been sized with low reactive energy, kVA should receive special attention from those who work with transformers and generator sets, becoming a priority in places where there is a high concentration of equipment that consumes energy.

It is also for this reason, therefore, that energy agencies charge from the large consumers both the apparent kVA power supplied and the active power in watts. Thus, due to the inductive loads of the core copper wire coils, the distribution transformers have their power capacity displayed in kVA. They need the electromagnetic field to operate, circulating between the electric network and the coil, which requires that current additional.

The high technology present in high-end equipment is already able to significantly reduce the circulating reactive current, but it is not yet capable of eliminating it, remaining essential for the coil to function.

In fact, each transformer can be formed by several coils – also known by the curious name of “pancakes” – and it is these reactive currents that are responsible for the so-called “electric arcs” present in the movements of the equipment of the system.

Generator, in addition to renting power generators, tries to provide enough materials that actually serve the said purpose. After all, with evolution, technology and energy have not joked. In addition, the goal is also to inform. These are recurring themes in the segment and can help those who seek to know more.