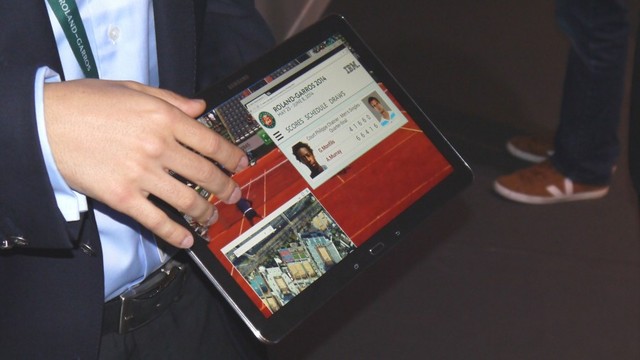 The South Korean giant Samsung has launched several tablets since the beginning of the year, called ATIV series, and this series of product sales was not very good. But a rumor hinted that Samsung is working on a 12-inch screen tablet, A unannounced 12-inch Samsung tablet has made its way to India for testing, with a serial “SM-W700.” Precisely passed into the hands of experts Zauba.

According to the online documentation, SM-W700 12-inch screen, the price is 30,383 INR (about $ 457), but it seems that is not the final price., The terminal in question is actually a Tablet PC. Unfortunately, no mention of technical specifications, or even the operating system.

Last month, there were rumors of Weibo site that Samsung is preparing to launch a 4K resolution (3840 x 2400) tablet device, that’s probably the product. The tablet is expected to ship a 12-inch screen and is capable of displaying a resolution between the QHD and 4K. Apple also launched 12.9 inch iPad pro with 4 GB ram, And it will use 14nm manufacturing process Intel Core M chip, 4GB RAM memory, the thickness may be 6.2mm, weighs only 600g. It powered by Snapdragon 801 processor. Sources said Samsung may be working with the tablet grouped under Galaxy Note series, indicating that this tablet also equipped with S Pen. It finally seems to launch the Samsung tablet a decent point. The world will certainly consider one of the new 4k resolution tablet, 4k resolution screen also appears on the upcoming Sony flagship. But 4K screen in Sony Xperia Z5 Premium is a big fail. 2K (2560 x 1600 resolution) on the cards, on paper, it is quite promising but we must not forget that Microsoft has also some surprises in stock. The brand also plans to launch a Surface Pro 4 tablet with 14-inch version. Microsoft’s Windows 10 operating system on October 6th.

View information on these configurations, SM-W700 is really quite attractive, not only is about to become a major competitor to the Surface 3, and iPad Pro also seems to have a positive relationship between competition, after all, from a productivity point of view, Android and iOS still It cannot be compared with Windows 10’s.