Tech Every House Should Have 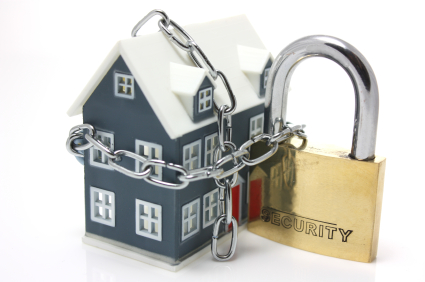 We’ve all met that person who likes to brag that they “don’t even have a TV.” That’s fine and good for them, especially if they have kids–studies show that limiting screen time is good for kids’ health–but there is certainly nothing wrong with owning a set or even enjoying television programming. Television is one of the most basic forms of universal tech that we all understand and enjoy (well, except maybe those braggy hipsters).

Even at their most rudimentary, refrigerators are amazing pieces of technology. The regulation of temperature within the confined space and the ability to keep outside temperatures from influencing it is amazing, especially when you consider that refrigerators as we understand them today–the machines found in every home–first appeared only a hundred years ago. They didn’t become mainstream until after World War II.

Today refrigerators are “smart” machines. They hold complex computers within them that can keep track of the food you’re storing, tell you when certain items are expired (or about to expire) and even help you build grocery lists. Samsung has even created a fridge that you can “talk to” from your smart phone while you are at the store…or anywhere, really.

In addition to smart phone technology, many security systems have started using wireless key entry, like the kind people have been using on their cars for years. Instead of a key you have a fob that will unlock (and lock) any door with the press of a button.

We all loved it when Tom strapped a bluetooth speaker system to his robot vacuum and named it “DJ Roomba.” Guess what, now you can do that too!  Once thought to be something that only really wealthy people could afford, robot vacuums like the Roomba have come down significantly in price over the last couple of years and more people are using them than ever. Roombas are great for getting under the furniture and other places where regular vacuums can’t reach. And now Neato Robotics have made robots that have lasers that allow them to map your home so that they don’t just clean the same sections over and over again. The new laser vacuums can clean your whole house; just set them free and let them get to work.

Talk about living in the lap of luxury! Heated flooring isn’t quite as ubiquitous as the refrigerator or the security system, but it is rapidly becoming more popular by the day. Heated flooring uses a series of water tubes that send warm water flowing just beneath the surface of your floors. Many experts believe that heated flooring is a boon to green tech because it helps regulate the temperature within a home. And, if the flooring is made with the right materials like bamboo or cork the floors have very little carbon footprint, because bamboo is a grass an invasive species that spreads like weeds and the wood used in cork products is only taken from the bark of the tree (which grows back).

Plus, imagine never having to step on cold flooring again!

The fact is that homes are getting a lot more technologically savvy every day. Even that television that was sneered at by your hipster friends has gotten smarter. Televisions connect to the internet now and use apps to display content from websites, streaming media services, etc. Our gaming systems have voice recognition software so that, like on Star Trek, we just tell the computer what we want from it.  Our speaker systems no longer connect to our stereos and television sets by wires but by signals.

It’s true that we don’t yet have flying cars and that hoverboards have only just been invented but within the walls of our homes? We are absolutely living in the future…and it’s pretty rad.