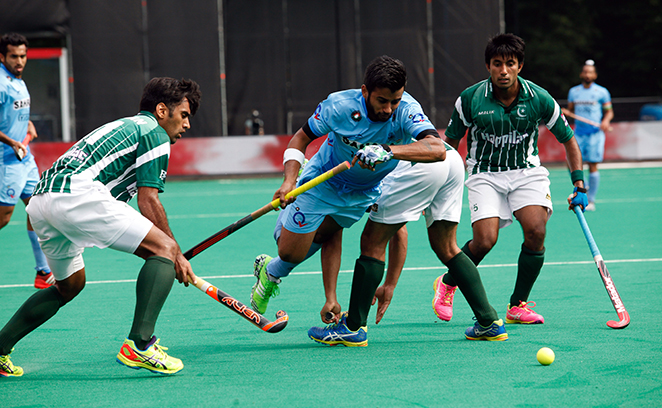 The FIH (International Hockey Federation) has announced that both the women’s and men’s Hockey World League Finals will be broadcast by BT Sport.

BT Sport is to show all the games from the men’s Hero Hockey World League Finals, which are to be held in Raipur, India, from November 27th to December 6th. The women’s finals will be screened from Rosario in Argentina between the 5th and the 13th of December.

This agreement currently covers only these matches; however, both the FIH and BT Sport have expressed a keen interest in extending the arrangement to broadcast other hockey events over the coming years.

The most elite hockey teams in the world will take part in the Champions Trophy in 2016, which will be hosted by London. London’s Queen Elizabeth Olympic Park will also play host to the Hockey World League Semis in 2017 and the prestigious Hockey World Cup in 2018.

The agreement was reached just after the Ireland men’s team qualified for the 2016 Rio Olympic Games. This is the first time in over a century that the Irish team have got through the qualifiers, and they will join the Great Britain men’s and women’s teams in Rio.

Women’s hockey is becoming increasingly high-profile at the moment, as is indicated by the marked increase in sales of hockey equipment in the UK, and the team have recently received several prestigious awards. They have also been shortlisted for the 2015 ‘Action Woman of the Year Award’ sponsored by BT.

Kelly Fairweather, CEO of the FIH, has expressed his delight at the new arrangement with BT Sport, commenting that the agreement reflects the growing interest in the sport across the UK and Ireland. He observed that this exciting new deal opens up the sport to millions of viewers, a significant step in the journey to making hockey a truly global game. This is a view backed up by the Head of BT Sport, Simon Green, who expressed the view that the nation’s interest in hockey is increasing all the time, as is signified both by this deal and the rise in sales of hockey equipment in the UK.

The COO of Great Britain Hockey, Sally Munday, welcomed the deal, emphasising what an important period this is in the game as the Rio Olympics fast approach. She is confident that the new coverage will encourage fans both new and old to attend the women’s Champions Trophy, which will be held next June at the Queen Elizabeth Olympic Park.

This new agreement follows on the heels of other recent deals with the Canadian broadcaster ATN and Australia’s Fox network to broadcast hockey. In addition, the Chinese company CCTV have also signed up to screen games from the Hockey World League Final in Argentina, which will see women’s hockey transmitted into many millions of homes right across China.

The interest in hockey displayed by some of the world’s foremost TV channels shows just how much the star of the sport is ascending.