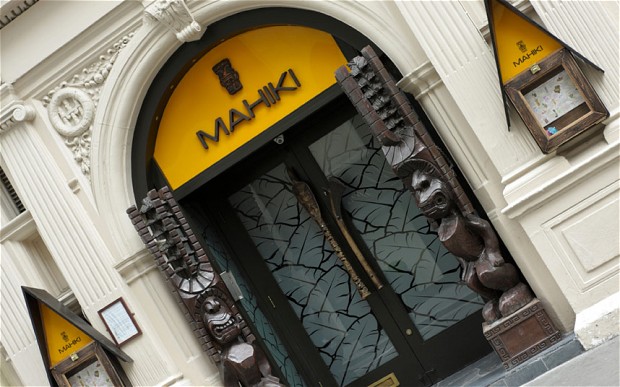 The results of the sixth London Lifestyle Awards are in, and the London Club of the Year Award goes to Mahiki.

A ceremony was held at the Hilton Park Lane on 28th October to celebrate the best that London has to offer. The event was full of glitz and glamour and many famous names turned up to enjoy the awards in person and enjoy a few glasses of champagne. Musical and dance acts took place throughout the evening which included performances from some of the professional dancers on the BBC’s Strictly Come Dancing.

Winning a London Lifestyle Award is a prestigious accolade, as there is a huge amount of competition in each of the 20 categories. Overall there were 4500 nominations from the public for London businesses, people, places and productions that were spread across the categories and it took a judging panel over 6 months to narrow this impressive collection down to a shortlist of 300 nominees, known as the LLA 300.

Club For The Royals

Mahiki did superbly well to come away with the London Club Award, which was presented to them by Olympian boxer Anthony Ogogo. The club has been a favourite haunt of glamorous Londoners since it opened its doors in 2005. Not only does the venue attract athletes, celebrities and socialites, but it has even been frequented by younger members of the Royal Family, such as the Princes William and Harry as well as their cousins Princesses Beatrice and Eugenie.

The venue has a Polynesian Tiki theme complete with fern trees, bamboo, totem poles, treasure chests and tiki chairs, all of which make you forget that you’re partying on Dover Street in the middle of London’s Mayfair district. Instead, guests can pretend they’re on an exotic island somewhere whilst enjoying a full range of tropical cocktails, such as Pina Coladas served in frozen pineapples and Coconut bombs from a real coconut. There is an extremely relaxed vibe in the whole of the club which is spread over two floors, hosting up to 300 people in total.

As you’d expect from a London Lifestyle Awards winner, this club is exclusive and has a strict smart dress code policy. Although the club throws its doors open at 6pm for the after work crowd, there is still a guest list from 10.30pm, which it’s a good idea to get on as the club gets extremely busy very quickly. It’s also possible to book a table, but there is a minimum spend charge starting at around £500 – you can book a place on the guest list or a table through Capital A List. In terms of music, you should think chart hits when dancing at Mahiki.

Mahiki is in the company of some other great winners at the London Lifestyle Awards. Another Mayfair winner was Novikov, situated on Berkeley Street which won the Best London Restaurant Award, whilst Best Theatre Show of the Year went to Charlie and the Chocolate Factory. You can read a round-up of the winners here.

With the buzz surrounding Mahiki at the moment, it would be hard to imagine a different club topping the charts at next year’s London Lifestyle Awards!

Paul Norman manages guest lists & table bookings for many of London’s most popular private members’ clubs. Get the latest club news @clubpaul and event information on the Capital A List Facebook page.