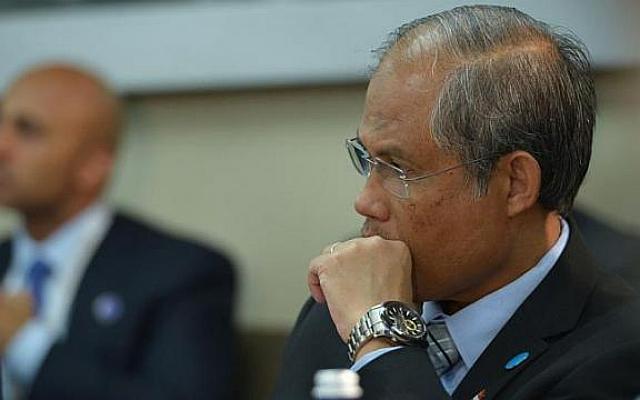 As the threat of religious extremism and terror rocket through the developed world, nations take steps to combat such brutal acts.  In a recent announcement by MHA, (the Ministry of Home Affairs), the Singapore government has announced that it will dramatically increase its security level in preparation for a potential attack.  What such a statement will mean for the city is dramatically increased security as well as a number of preventative measures officials’ hope will forestall an eventual terrorist attack and even prevent it from occurring.

The Need for Additional Security

Singapore takes steps to address what will be an eventual terrorist attack, signifying a major change in the approach of the country towards this threat.  Addressed by the K. Shanmugam, the Home Affairs Minister of Singapore, the possibility for an attack was listed as a definite.  Simply put, the Minister spoke to considering the threat a matter of when, instead of a matter of ‘if.’  As a result, both soft and hard targets will get beefed up security.

The primary threat of Singapore and extremist terrorism comes from ISIS, the Islamic State in Iraq and Syria.  Singapore stands as a particularly good target for ISIS because of its ties to the west and eastern economies.  Often seen as a gateway for foreign investment in the area, Singapore is at the heart of many of the ideological issues that ISIS professes against.  Attacks in Paris, Europe in general, and even the US speak to the need for increased security against such threats.

The Ministry of Home Affairs will be working to make Singapore safer by protecting key public, social, and economic centers.  These include soft targets like basic infrastructure, shopping malls, and events.  One way to aid in deterring potential attacks is the inclusion of CCTV cameras throughout the city, greatly expanding the eyes of the police force in identifying and preventing potential threats.  The Ministry of Home Affairs is also taking steps to train new police teams specifically designed for counter-assault skills.  This includes more sophisticated weapons, as well as strategies specifically created for anti-terrorism operations.

An Ever Expanding Need

Actions taken by the Ministry of Home Affairs is reflected in other countries around the world.  A gradual escalation in monitoring and counter terrorist strategies, Singapore borrows from other leading cities around the world, including London and New York.

Much of the need for the security comes from external threats.  Singapore is incredibly diverse, with a wide selection of religions and cultures living in harmony with one another.  Maintaining this civic peace is a top priority to the Singapore government.  To that end, the government has taken steps to request greater unity among its people to throw out any support for such terrorist actions.  Aiding an already strong program designed to help root out and stop homegrown terrorism, an ever-expanding need for vigilance is being repeated to Singapore residents.  For now residents and government alike wait with baited breath, taking the resources to prepare for a time that no one hopes will come.

Nick James writes for Company Stamp Singapore Pte Ltd, where he wrote most of the blog content. CompanyStampSingapore.com is the Best Manufacturer And Supplier Of Different Company Stamps in Singapore