13 Types Of Biryanis That You Must Try Out Soon! 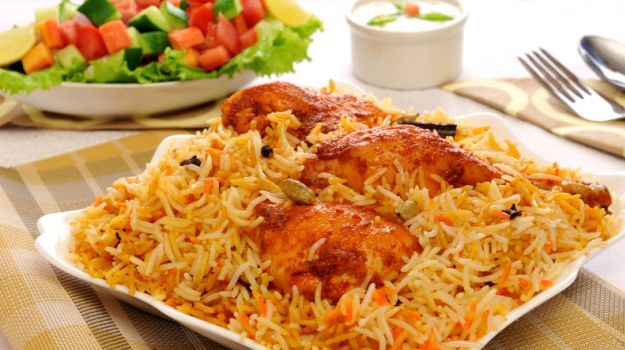 Biryani (pronounced [bɪr.jaːniː]) is a South Asian mixed rice dish with its origins among the Muslims of the Indian subcontinent. The region or state it is most popular in is Afghanistan, Bahrain, Bangladesh, Brunei, India, Indonesia, Iran, Iraq, Kenya, Kuwait, Malaysia, Maldives, Myanmar, Nepal, Pakistan, Singapore and Sri Lanka.  It is popular throughout the subcontinent and among the diaspora from the region. It is generally made with spices, rice, and meat.

In India, biryani is a very popular choice at restaurants and hotels, because let us be honest, it is very difficult to make a delicacy as such. Although we do try, but it is definitely difficult to have the right amount of tenderness of meat and rice together. We are mostly left with something undercooked or over cooked. Mostly when I get into the mood of cooking biryani, I go for the egg biryani restaurant style.

There are a number of biryanis that one has to try. So, I am giving you a list, and you could keep a check list of all that you have tried:

Now that you have a list of biryanis, you have to try them out. Or, for a change you could try these out at your home. The internet has a number of tutorials that would easily teach you how to make restaurant style egg biryani, chicken biryani, gosht biryani, etc.