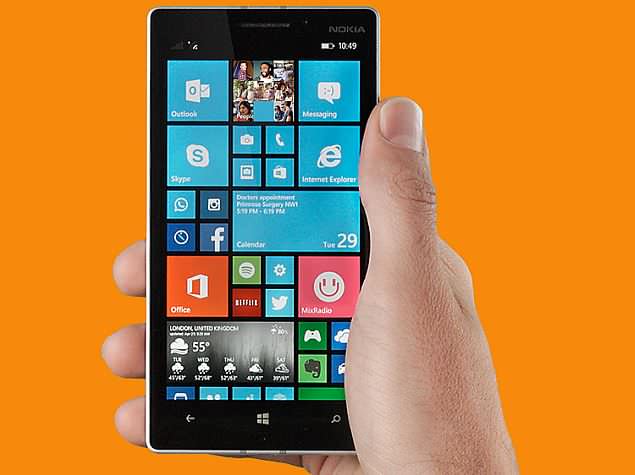 According to the leaked information, it will feature a screen size of 5.7-inch Quad-HD resolution (2560 x 1440 pixels). Enough to the display  about 515 pixels per inch. Also confirmed with the 3GB of RAM and the presence of the Source Snapdragon 810 processor. But worries about competition because of Snapdragon 810 processor, excess heat problems. it appears on LG G4, While Lumia 950 is said to feature 5.2 inch full HD screen and the processor powered by Snapdragon 808 chipset and a 3,000 mAh cell. This device could simply be the Windows Phone and the most powerful smartphone ever produced. From another perspective, this also indicates that the graphics chip on the phone will be an Adreno 430, USB socket type-C.

Coming to the camera side, thanks to a 20 megapixel sensor. The devices of the Lumia range have always accustomed us to excellent quality in the field. And a stabilizer when the front sensor, with 5 megapixel. The high-end smartphone will be available in a version with 32 GB expandable via MicroSD. It will include a subsequent Hello compatibility with Windows and thus will be able to unlock by scanning your iris. It will also equip a 3300 mAh battery, A huge  power and it will be compatible with Qi wireless charging. Expected with a plastic design, but at higher prices than the iPhone 6 and Galaxy S6,

The rest of Microsoft’s smartphone data sheet unfortunately not on the leaked screenshot, The Microsoft event scheduled for October 6, it also an opportunity to know about the specifications regarding Lumia 950, of course, but also the new tablet Surface Pro 4 and potentially other hardware / accessories such as Microsoft Band 2, bracelet connected to Redmond.