LG Ultra-Slim Gram Laptops launched In The US South Korea tech giant LG has launched lightweight and Ultra-Slim Laptops named LG Gram Series. Equipped with new Microsoft’s Windows 10 operating system and it finally launched onto the US market. Available on Amazon.com and the Microsoft -Stores, LG’s Gram series laptops available in three models, one with LG gram 13 has a 13-inch screen, which cost about $900. LG gram 14 has a 14-inch display priced at $ 999. And final version LG gram 15 has a 15-inch screen priced at 1399. LG pricing is also closely matched to compete with Apple MacBook Air or Dell’s XPS 13 recalls, there are 899-1399 $.

The LG gram 14  weigh in at 980 grams for 14-inch version, The Apple’s MacBook Air  weigh in at 1.35 kilos already considerably heavier.

Gram Series is designed with IPS screen in 16:9 HD size, with a bigger HD resolution of 1920 x 1080 pixels. And built with a mixed combination of carbon-lithium and carbon-magnesium. The Sleek design, According to the David VanderWaal, And design with Graphics Intel HD Graphics 5500. 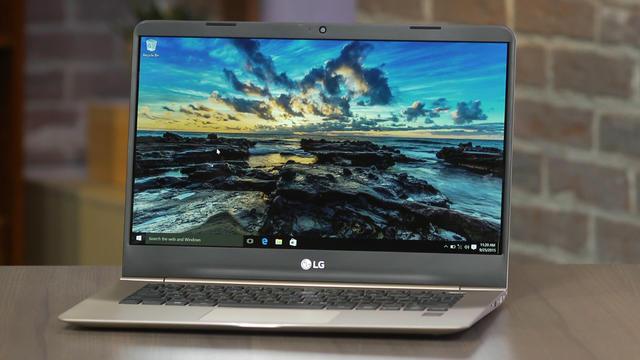 Coming to the processor side, LG Gram 13-inch screen powered by  Intel processors series Core i5 coupled with 8 GB RAM, 128 GB storage and 14-inch screen powered by Intel Core i5 processor, coupled with 256GB of storage, And the final version LG Gram 15-inch powered by Core i7 processor coupled with 8 GB of RAM and 256 GB of storage space. But LG uses Intel’s 5th-generation Broadwell,  and not equipped with latest Skylake generation. The most expensive with $ 1399 price US model uses a Core i7 clocked atc 3.0GHz . By comparison, a MacBook Pro with 13-inch priced at US $ 100 less, but receives only half of  storage and a slower Core i5 chip.

It packs a 1080p display with battery life is expected with 7.5 hours. The MacBook battery life up to 12 hours. For connectivity, USB 3.0, MicroUSB and HDMI and a MicroSD slot. Webcam 1.3M / HD. So far, the Gram-series already available in South Korea and Australia.