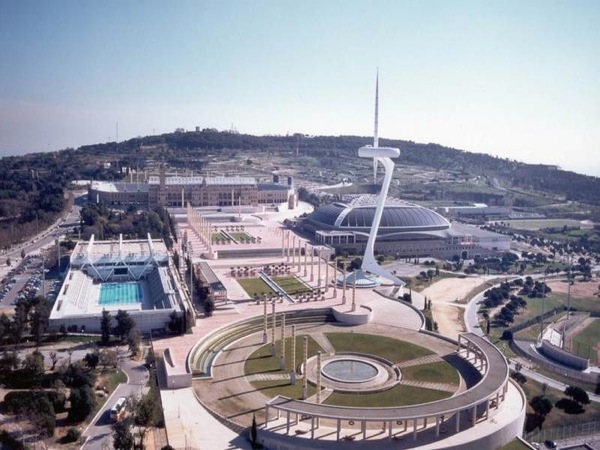 Barcelona is a city that is usually visited for concerts. It’s almost a mandatory stop for most international artists on world tours passing through Europe, and many national and international fans travel to the Catalonian capital to see their idols, even if it’s just to spend the day, attend the concert and return to its place of origin, so why missing the chance to enjoy such an amazing city? Why don’t you extend the musical experience several days? We suggest you to look for a holiday apartment for rent in Barcelona and don’t let everything end with the last note of the concert.

When we go to a big city to see a concert our obsession is to arrive as soon as it’s possible to the place where it takes place and get in the queue. In the case of Barcelona, the big concerts are held in Montjuïc (either in the Olympic Stadium or at the Palau Sant Jordi, also in a mini versioncalled Sant Jordi Club) or in renowned clubs such as Apollo or Razzmatazz.

In both cases we have places of interest in the surroundings that will allow us to enjoy the citybefore and after the concert: in the case of Montjuïc, we havethe magic mountain at our feet with gems like the National Palace (seat of Museu Nacional d’Art de Catalunya), the Font Mágica, the castle, the Miró foundation, the Grec (a stone reproduction of an authentic Greek theater) and many more.

Regarding the clubs, they are in neighborhoods that, despite not being fully integratedinto the tourist circuit of the city, have various scenic spots and have an interesting and lively nightlife that allows us to extend the night after the concert.

Razzmatazz for example is in the active Poble Nou district, a powerful core where leisure begins with the same club itself and with the magnificent Torre Agbar as a backdrop.

In Poblesec, Apolo isone of the most important centers of the nightlife, also being a nightclub ofreference;it comes with other alternatives such as ballrooms located along Paralelo Avenue.

Other Musical References in Barcelona

Not everything musical in Barcelona are macro concerts. In Las Ramblas there’s the jewel of the crown: the famous Liceu, where great voices have started like Montserrat Caballé, José Carreras and Placido Domingo, who despite not being a Barcelona citizen, he has developed his professional career in the city.

In another important boulevard, in this case Via Laietana, we can see another great jewel: the spectacular building that is thePalau de la Música: World Heritage as an excellent example of the best Catalonian modernism.

Here, we can take a break to visit the cathedral, Santa Caterina market or the Born district, home of the Picasso museum and leads us to the next musical point of this tour: L’Auditori.

L’Auditori not only hosts concerts of all kinds, but also houses the Museum of Music, where we can see an excellent collection of instruments among other pieces.

LPs and Other Collectibles for Music Lovers

Another way to enjoy music in Barcelona is acquiring it, and to do it nothing better than to place ourselves in the Carrer Tallers, next to Plaza Catalunya, where the record stores and objects for collectors are.

Moreover, in Plaza Catalunya we found the Hard Rock Cafe, compulsory stop for globetrotters who seek concerts (and to get souvenir t-shirts).