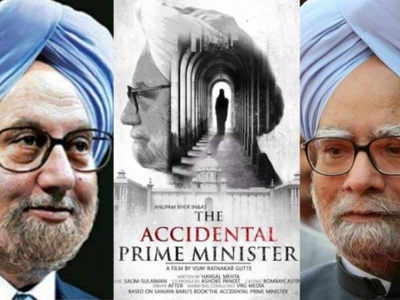 Not that one has to be a politically conscious person to watch this movie. The Accidental Prime Minister promises to be much more than a mere political movie. This upcoming movie is all set to be released in December this year. It stars Anupam Kher in the pivotal role. The storyline revolves around the life of Indian economist and 14th Prime Minister of India, Dr. Manmohan Singh. This man who was the first person from the Sikh community to become the Prime Minister of the country and the second only to be elected to the post twice has an extraordinary story to be told. One of the key persons responsible for the privatization of public sector companies and liberalization of the Indian economy, Dr. Singh has been one of the most notable Finance Minister the country has ever had. A truly pragmatic personality, the man has led his party from the front and thus had Forbes list him at number 18 in 2010 in its list of the World’s most powerful people. The movie is based on the memoir by the same name written by Sanjaya Baru.

Cutting across all political lines and mindsets, this movie is supposedly attracting lots of media and public attention because of the biographical nature of the film. This is one upcoming movie that is surely not worth missing – in order to get your seats confirmed, why not book the tickets online as soon as the advance booking opens up at your nearest theatre? With the online booking platforms and mobile Apps, booking tickets and seats much before the actual release of the movie in the halls is trending these days. There are a couple of reasons to do so.

Since booking online before the release of movies is facilitated by big-time retailers of the entertainment and film exhibition industry, the site or Apps of the retailers keep churning out a list of upcoming movies on a regular basis with confirmed date of release. It helps the audience plan their entertainment and movie watching schedules well. At least you do not need to browse through the local newspaper anymore to be informed of what is new and what is arriving. You also need not wait for the review as online portals that facilitate online movie ticket bookings already carry short synopsis of the movie along with videos of the trailer, press conferences, etc.

Besides the fact that earlier, one was required to physically visit the ticket counter to purchase tickets in advance. Hence there was the limited audience and scope to sell tickets as not everyone had the time and the means to travel to and fro across the city for the sake of pre-booking tickets. It was only the ardent fans of movies and movie-stars that could afford to do so.