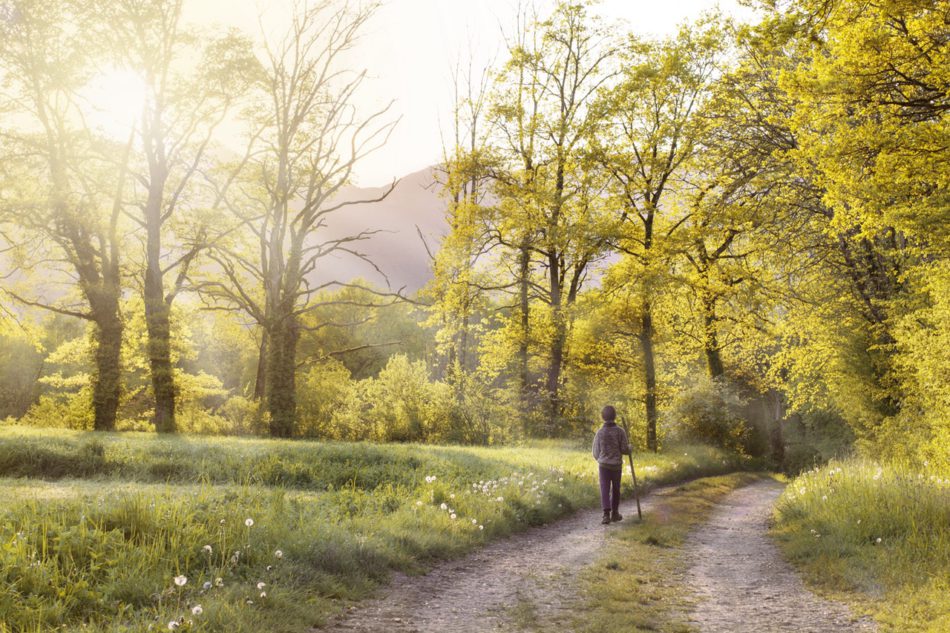 Although the Camino de Santiago is known as The Way – which suggests there is just one path to Santiago de Compostela, this is far from the truth. Many centuries of pilgrimage have established multiple routes to this precious place, with starting points all over Europe. This means the Camino de Santiago holds something for everybody. You can pick a route according to your level of fitness, available time, and your affinities for a certain landscape.

Let’s look at some of the best and the most accessible routes that can take you to Santiago de Compostela, but keep in mind there are even more possibilities!

Meet the most popular way to Santiago de Compostela – the French Way. What’s especially inspiring about this route is that it is so old: it used to be a part of the Via Regia – a network of old European-Roman roads that had a royal status, and thus were guarded and somewhat safer to travel in those dangerous times. That’s why it was historically the most popular road to Santiago de Compostela. Fortunately, following the Camino Francés today is safe and pretty comfortable as far as long-distance hiking goes. No wonder it is still the most popular route.

The Camino Francés is also really long – it is 790 kilometers or 4 weeks of walking. The route’s official starting point is St. Jean Pied de Port, but there are alternative starting points you can choose. After passing medieval towns, mountains near the city of Léon, peaceful hills and valleys and many interesting landmarks, you will eventually get to Sarria, Spain, where the last 100 kilometers begin.

This is a very social, and at times even gregarious route. If you’re not a gregarious type, be careful when you plan your Camino Frances and Sarria walk. Or you could explore some alternative ways.

The Camino Primitivo is the oldest known and the only completely original pilgrim route. King Alfonso II of Asturias travelled it to visit the newly-discovered tomb of the Apostle Santiago in the 9th century. It joins the French Way at Melide near the end of the journey, and that makes it about 300 kilometers long.

The Camino Primitivo starts at the beautiful city of Oviedo where you will witness some beautiful architecture and cathedrals, and then you will move on to more natural scenery. Its greatest advantage is that it’s almost fully spared of asphalt roads, so you can enjoy the natural path. And despite this, there are many water sources and accommodation is evenly distributed, though there are several sections without it which you should prepare for.

If you wish to get away from noisy modernity and if your heart yearns for nature and beautiful sceneries, and if you’re physically able and healthy to walk mountainous terrain, this is the right path for you.

The Camino Ingles, the English Way

The English way is named so because it has been used by the pilgrims of England, Ireland and Northern Europe for a long, long time. But in the old days, it was a radically different, more challenging experience, because it actually included sailing the sea. But with modern means of travel, it became an easy route. Since it is 110 kilometers long, it represents a good alternative to Sarria. It can be a good choice if you dislike Sarria’s busyness, or you’ve already walked it, and now you’d like a different perspective with a similar mileage.

The trail follows the shoreline at first. The usual starting point is Ferrol, a coastal town with an amazing history. As it turns inland, you ascend into forested mountains. Then, you reach Santiago the Compostela. The Camino Ingles holds some breathtaking views, and the beauty and variety of the landscape are its most valuable points.

The Camino Portugués, the Portuguese Way

The Camino Portugués takes about a month to complete, so it can be considered a full alternative to the French Way. It too can be cut shorter by choosing a starting point at Tui, Galicia – which leaves you with 100 kilometers to cross to get to Santiago de Compostela. It might be a good choice for you if you don’t enjoy typical experiences and always seek something different than the majority, and also if you’re a more solitary type.

This is a very lively route when it comes to soaking in different landscapes and sceneries. It starts at Portugal’s amazing capital Lisbon, which really offers plenty of unique sights (and cool cafes) to enjoy. Then you will walk across rustic countryside, vineyards and through several history-rich towns, such as Porto. Tui itself is beautiful, with a beautiful old heart of town and a cathedral sitting at the top of a hill, watching over you as you continue to walk the life-changing road to Santiago. No matter which of the ways you choose, they all touch one’s heart.

If you have settled on a route, you can go look into Camino de Santiago tours by Follow the Camino, and set out on the walk of a lifetime.