Know About The Bangalore Rajdhani Express 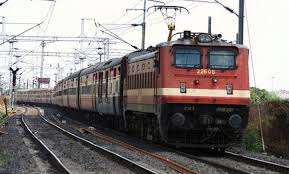 The Indian Railways has developed substantially over the past few decades. With 1.3 million employees working for the nation’s railway system, it has managed to overcome all obstacles. IR has always proposed new ideas and implemented new schemes to cut travel time, make tickets reasonable, and improve customer experience. These herculean tasks are completed by the IR while keeping consumers secure and comfortable during transit.

The network not only connects cosmopolitan cities in the country but also the remotest of villages. Trains connecting cosmopolitan cities such as Mumbai, Kolkata, Chennai, Bengaluru, and New Delhi travel every day at reasonable rates, which make reaching these towns feasible for the common man. For example, there are nine Delhi to Bangalore trains that provide a variety of passengers and help them choose the right train. Out of the nine trains, six depart from New Delhi whereas three trains pass through the capital city. The Rajdhani  Express is considered to be one of the fastest and most luxurious trains in the country.

History of the Bangalore Rajdhani

Since its introduction in 1992, the Bangalore Rajdhani was a weekly train, which was soon made bi-weekly, tri-weekly, and then four times a week. The service 12493/12494 was added by the end of March 2010, and it became a daily service later on.

Characteristics of the Bangalore Rajdhani

The train is called the Bengaluru-Delhi HazratNizamuddinRajdhani Express. It connects the capital city Delhi and Bengaluru.

The train has been numbered 22691, and it is a superfast train that falls second only to the Yesvantpur Delhi SaraiRohilla AC Duronto Express.

The cities are separated by a distance of 2365 km, and the Rajdhani Express takes 33 hours and 35 minutes to commute between the two cities.

The 2nd fastest train on the Delhi Bengaluru circuit and departs from Krantivira Sangolli Rayanna station in Bengaluru at 8:20 pm on day 1 and arrives at Hazrat Nizamuddin Station in New Delhi at 5:55 am on day 3.

In the beginning, a Kazipet based WDM-3A was used to haul the train till Secunderabad, which was followed by a Ghaziabad junction based WAP-1 or WAP-4 for the rest of the journey. This was replaced by the Krishnarajapuram loco shed with its WDM-3A in 2010, and the WDP4 locomotive in 2013. The rest of the ride was marked by a Tughlakabad or Lallaguda based WAP7.

The train is currently hauled by a Ghaziabad based-WAP 7, which marks the entire trip. This is possible due to the complete electrification between Bengaluru and Guntakal on 30th June 2017.