Types and Symbolism Of Bird Tattoos 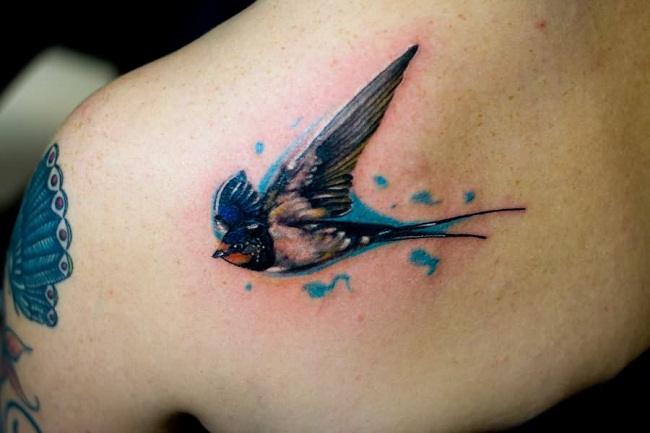 The colorful bird tattoos are considered highly fashionable and bird tattoos are favorite choices of women. The flying bird tattoos are more fashionable. Human beings have been considering birds as their friends right from ancient times and birds are closely relate to all cultures and religions. Birds always symbolize love, unity, peace and purity in life. Many people opt for this type of tattoos mainly because of their consideration of the birds tattoo meaning. Since birds always symbolize freedom, those who wear bird tattoos believe that they are always free and sky is their limit. Those who want to express their burden or restrictions in their life choose the tattoos of caged birds. The bird species that one chooses for the bird tattoo is very significant because either culturally or as per religious sentiments some of the birds are considered inauspicious. Little bird tattoos are the favorite choices of many people.

When we talk about bird tattoos, most of the tattoos depict birds that exist in nature. Though the phoenix is a mythological bird, phoenix tattoos are also used by many people. Peacock, eagle, parrot, dove, humming bird, love birds and swallow fall in the category of fashionable birds and the tattoos of these birds are very popular. While creating bird tattoos, the tattoo artists ensure to include trees or flowers also in the tattoo. The tattoos of birds that fly very high are the most popular whereas tattoos of those birds that fly low are not so popular but preferred by many people. While creating colorful bird tattoos, the tattoo artists give more importance to the feathers and tails of the birds. Right from historic times birds are among the most popular symbols for tattoos. The greatest advantage of bird tattoos is that they effectively symbolize various human emotions. 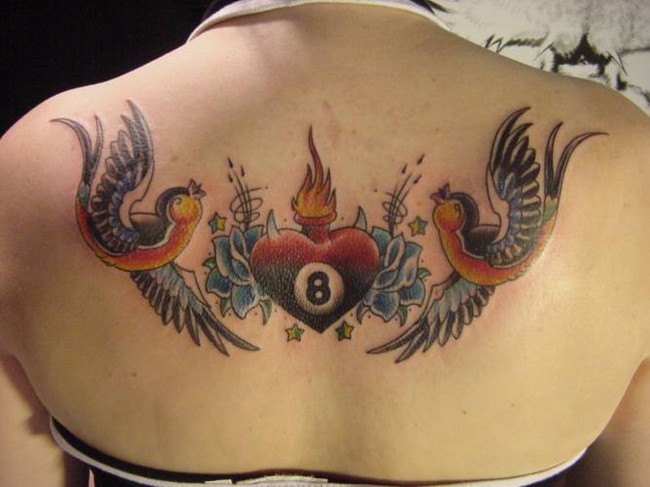 The main reason for the popularity of birds tattoo is the close association of birds with various religions and cultures. While the Rooster is mentioned in The Bible, crane is considered as the symbol of happiness in Chinese culture. The swallow is considered as an auspicious bird in many cultures and the Swallow tattoos symbolize good hope. Sailors preferred Swallow tattoos since the presence of Swallow indicates that the land is nearby. In many countries, birds tattoo meaning is more relevant to feminine since birds are considered closer to the feminine. In Africa, the Hen symbolizes the woman who has attained motherhood whereas in many countries the Dove is considered as the symbol of young girl.

The tattoo ideas that prevail in Britain are very interesting. The Chick tattoos in Britain symbolize girl-friend and the tattoo of aged crow represents the old woman who is always nagging. Vulture is considered a male symbol for tattoos and the vulture tattoos symbolize men who pursue all the young girls. 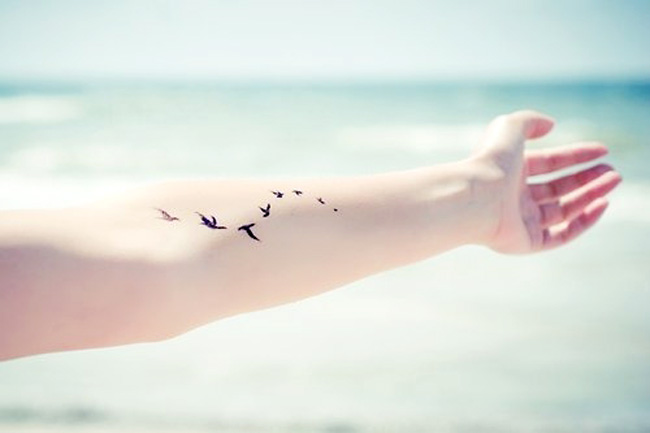