LIFE AS BOARD MEMBER 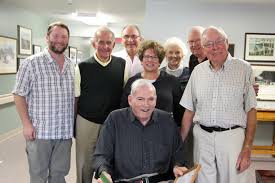 Sunnybrook is an academic Health Sciences Centre and is the one of the largest trauma centre in Toronto, Canada. It was founded in the year 1948, by the government of Canada. In 1998, it was merged with women’s college hospital and the arthritic and orthopaedic. Later in the year 2006 in the month of April they were disintegrated and separately women’s college hospital and Sunnybrook health science centre were created. But again in the year 2012 on July 1st, they founded complimentary in programs and services with the St. John’s Rehab Hospital. So, Sunnybrook health science centre was again voluntarily merged with the St. John’s Rehab Hospital. Today, it has large number of people associated with this great organization.

This health science centre has affiliation from the University Of Toronto Faculty Of Medicine. It consists of 1275 beds including 74 bassinets beds and 500 veteran beds. It is also a place for education and research where teaching is done along with the hospital care units. This health science centre is specialized for Trauma, Cancer, Cardiovascular and Neurosciences.

The main focus areas of the Sunnybrook Health Science Centre are:

Journey as a board member

In January 2010, Blake Golding joined in the membership of the Board of Directors of the Sunnybrook Health Science Centre. On the march 2014, he was appointed as the Vice chairman or chairman elector of Sunnybrook Health Science Centre. Later, he was appointed as the chairman of the Board of directors on June 15, 2015 and after that he was also became a member of Board of the quality committee and the governance and nominating committee. Not only this but also in addition he served in much other number of Boards and was a member of all of them. They are: