HTC One A9 Tipped To House Qualcomm Snapdragon 617 Soc And Android 6.0 Marshmallow 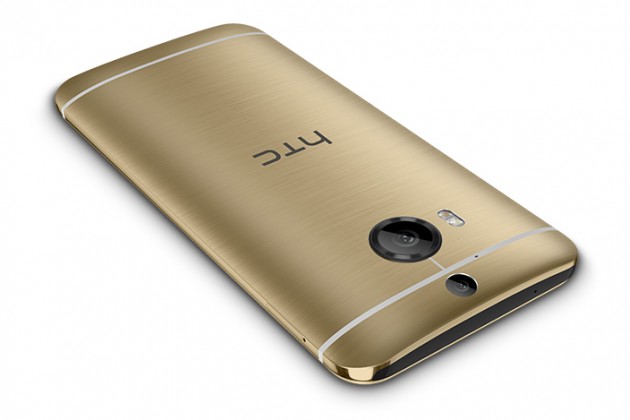 HTC plans to unveil a new high-end Smartphone  HTC One A9, And official presentation is scheduled for September 29, Evleaks has unveiled almost all the specs of the HTC One A9 and code named (Hima Aero), next flagship of the Taiwanese company. HTC One A9 will reportedly feature a Qualcomm Snapdragon 617 SoC coupled with 2GB of RAM. According to the recent leaks the back look of the device similar to the iPhone 6, there is no mention of the Android build on board, However the HTC One A9 might run the latest version of the operating syystem from Google. It will be one of the first phone run with the new Android 6.0 Marshmallow.

Qualcomm Snapdragon 617 is very impressive on paper. It offers, 4G connections category 7  (300 Mbps download) and 100 Mbps upload and quick charge 3.0 that can recharge 80% of the battery on the phone in just 35 minutes.

It’s certainly interesting, but it is far from the MediaTek Helio X20 coupled with 4GB of RAM, beats the Samsung Exynos 7420 on Geekbench. Moreover, it is reasonable to ask why the absence of MediaTek Helio X20 on HTC One A9 and outline there is a short week on Geekbench. Well, and then its Specs? It does not mention them, but simply to address recent rumors dated, But have a good idea of ​​its data sheet.

According to the Evleaks on Twitter HTC One A9 will feature a 5-inch AMOLED with Full HD 1080p, powered by the processor 64 Bit octo core Snapdragon 617 coupled with 2 GB of RAM, and 16GB of internal memory, microSD port, in particular with regard to the camera 13 megapixels and  the optical OIS stabilization and 4 Megapixel front camera and a Ultrapixel module forward, However choosing a 2150 mAh battery will remain questionable. A decision probably related to the thickness of the phone should not exceed 7 mm. And plans to launch the smartphone with Android 6.0 Marshmallow.

Technical specifications of HTC One A9